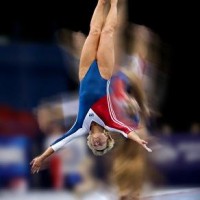 Yuliya Brown won the 2011 USA Gymnastics T&T Elite Challenge in Tumbling in Fort Worth, Texas on April 30, 2011 at the Fort Worth, Texas Convention Center. From this competition, gymnasts earn points toward selection for the 2011 Junior and Senior National Teams. 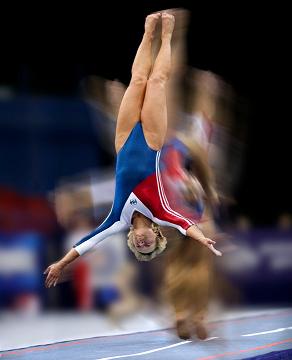 More than 200 gymnasts in the competition including several World Cup medalists and U.S. champions, including Kalon Ludvigson of Sterling, Utah and Yuliya Brown of Idaho Falls.

The U.S. Elite Challenge was also the second of two qualifying events for the 2011 U.S. T&T Championships to be held on July 10th-13th, 2011 in San Antonio, Texas, for junior and senior elite gymnasts.

And, the U.S. Elite Challenge was the first of two qualifying events for determining the gymnasts who will represent the United States at the 2011 Pan American Games in Guadalajara, Mexico on Oct. 14th – 30th, 2011 and for the 2011 World Tumbling Championships and World Age Group Competition in Birmingham, England on November 16th – 26th, 2011.

Yuliya Brown is a six time US National Tumbling champion winning her first US National Tumbling title in 1990 as a member of my team with her Russian coaches. She is still competing and winning Tumbling titles, in the United States and around the world, 20 years later, after a 10 year career as an artistic gymnast on the Russian National team in Moscow, Russia. She is a remarkable athlete, incredible tumbler and highly driven to continue competing and winning after all this time. Yuliya showed her ability to still dominate U.S. women’s tumbling competition by winning the Elite Challenge by over 7 points.

Also from Pocatello, Idaho winning the Senior Men’s Tumbling by more than 9 points, was Kalon Ludvigson