You are here: Home > Who Should Coaches Let On Their Team? 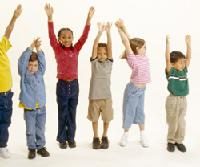 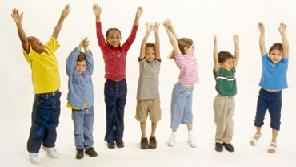 The first decision a coach makes about gymnasts is who is, and who is not, going to be allowed on the team. In a high level optional training program this is an area where many mistakes are made. And yet many coaches are convinced they “just know” exactly which gymnasts are going to be winners years later. Scientific research, however, shows them to be wrong the majority of the time. It is almost impossible to conceive of how many potential dedicated competitors and gymnastics champions have been denied proper training due to mistaken evaluations and evaluation criteria.

It May Seem Easy To Choose

It is true that it is relatively easy to see which gymnasts are the strongest at a young age (a highly positive factor) and which gymnasts have early success in classes and in the very beginning levels of the sport. But the myriad of psychological and emotional factors, that will become evident over a decade of training, are most often a far more potent force than early success factors. Intensive research, by sports scientists of many countries, have been unable to find accurate factors that predict future gymnastics success. Gymnastics coaches are unable to know all of the factors, psychologically and emotionally, that are going to make a gymnast a success over a decade later.

Who Do You Let On Your Team

I went to Duke University, which is an exceptionally fine school, and has a well-deserved reputation for post academic success. But in one of the first classes I attended, I was put up against a hard reality. The professor explained that Duke University only lets in the very best students, who have already demonstrated great academic success and great work ethic. And that the professor had assigned the study guide, a list of books, research and papers and we were left to basically each and learn ourselves and compete for grades. But because we had been carefully pre-selected, we were most likely to continue to have success, regardless of what he or other professors, did or did not do. Many gymnastics coaches also seem to want to pre-select their team in a similar manner. The problem is that gymnastics coaches do not have 12 years of an academic record, grades and multiple academic achievement tests on which to base their decision.

Who To Put On the Team When There Are No Rules

If no factor or group of factors have been found to be successful in predicting gymnastics success, then it may be wise to allow gymnasts with any potential factor(s) for success, access to the team. Factors for allowing potential gymnasts their chance would include strength, flexibility, small stature, strong desire, determination, coachability or any of a myriad of other personal, psychological and physical traits. Open up your team to more potential for future talent. The more gymnasts you feed into your system, the more chances you have for gymnasts to emerge successfully out at the top.