You are here: Home > Today’s Most Amazing Athletes are Not Gymnasts 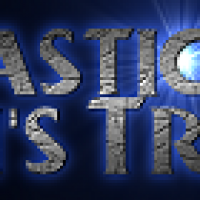 One of the reasons that I wanted gymnasts, coaches, fans, judges, administrators and national and international federation board and committee members to see this video is to get an idea where gymnastics now ranks in terms of extreme sports and the relative danger of extreme sports.

Gymnastics is Not Even Considered An Extreme Sport

Once Every 4 Years Worldwide TV Coverage is Propping Up Gymnastics

Since the official name of the sport is “Artistic” gymnastics, perhaps many feel that not being ranked, as an extreme sport, is a good thing. But were it not for the worldwide TV popularity of the sport every four years at the Olympics, gymnastics might have already begun to fade into the woodwork of ancient sports. Especially in the United States, for whatever reasons, the national federations have been particularly inept at getting gymnastics on TV regularly. Sports(?), like bowling and poker are on TV every week. Gymnastics is not. Sports, that did not even exist a few years ago, are now regularly on TV and in the Olympics, or about to be.

Gymnastics is Growing Only at the Lower Levels

Gymnastics seems to be still growing as a sport, in terms of numbers of participants, and this Olympic year should be no different. But the growth has primarily been at the base of the sport, the lowest levels of the sport – the participatory levels of the sport. USA Gymnastics has steadily lowered the level for competition, which has increased its membership rolls (and not incidentally, its membership fee revenue). That’s not necessarily a problem and it is certainly not the real problem.

Federations Have Masked Losses by Taking Over Other Sports

Gymnastics federations worldwide, including in the United States, have taken over the management of other sports, like acrobatics, tumbling and trampoline (and double mini-tramp), aerobics and rhythmic. While this was a good move for federations, it does not necessarily mean that it is good for the either the new or the old sports in the federations. Some of the newly taken over sports feel like the poor stepchild in the federations and do not receive equal financing or attention. And the increased power and financial windfalls, taking over other sports brought, has masked the true strength and position of artistic gymnastics.

What is the Real State of the Sport of Gymnastics?

Granted, many of these sports’ old federations did a remarkably poor job of management, which is what primarily led to the takeovers. But the takeovers and increasing growth at the bottom of the sport are masking longer term problems, and just because artistic gymnastics was the strongest, in terms of finances and management, of this group of sports, does not mean that artistic gymnastics is really still a vibrant, healthy sport that will continue to grow. Taking in new sports and lower level gymnasts into the federation is only hiding and delaying a noticeable decline in the overall strength of the sport.

Because the real problem is the sport of gymnastics has shrunk radically at the Elite level, and also at the collegiate level. The number of Elite gymnasts and collegiate gymnastics teams is a mere small fraction of what it used to be and certainly collegiate numbers are continuing to shrink at an alarming pace. Even Level 9 and Level 10 participation in some states has decreased, either in terms of the number of participants, or in the skill level of those participants. How many Level 8 and Level 9 gymnasts do you see competing handspring vaults, when internationally, a higher difficulty vault now often determines the All-Around winner.

This video of other extreme sports and the the “decline” of higher level gymnastics should be a warning sign to everyone in the sport. At some point, taking lower level and lower age gymnasts into the official competition and membership system will no longer mask the decline in the sport. At some point, there will be no new related (or even unrelated) sports to take over that have poorer management. At some point, the “continued watering down”(?) of levels and routines will no longer mask the fact that the sport is not growing at the top. And the reasons for that will have to be faced and dealt with, or those who love the sport the most will be forced to watch it visibly decline.

There Needs to Be a Revolution in Gymnastics

It is readily apparent that the highest levels of artistic gymnastics are declining rapidly. The reasons for that need to be investigated. Solutions need to be developed and implemented. The steps already taken by the federations have given gymnastics some additional time to do this. But if the problem is not dealt with now, there easily could come a time when it will be too late rescue Elite, high level and collegiate gymnastics.

Consulting in every area of the gymnastics business and industry, including high level and Elite gymnastics coaching training for your staff and coaches