You are here: Home > Tim Rand – In Memoriam 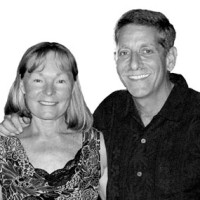 Our friend has been taken from us too soon, but he has left all of us who knew him a legacy, both personal and gymnastics. No one who knew him for very long remained unaffected. 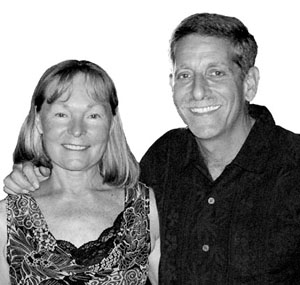 Tim and Toni Rand are shown in this photo on June 16, 2007 on the occasion of their induction into the USA Gymnastics Region 8 Hall of Fame.

Tim Rand was born in 1956 in White Plains, New York. He competed in gymnastics and graduated from Mamaroneck High School in 1974.

He competed in gymnastics for the University of Pittsburgh, where he studied child psychology before attending Duke University.

He began his coaching career at Durham Dynasty Gymnastics in Durham North Carolina. Subsequently he coached at The Gym, Inc. in Ft; Lauderdale, Florida before opening his own gym, American Twisters in East Boca Raton, Florida and then expanding to a second location in Coconut Creek.

Rand was a U.S. national team coach for USA Gymnastics and trained 9 USA National Team members at the elite, including Michelle Campi, Kristen Guise, Suzanne Metz, Jana Bieger, Kassi Price and Kellee Davis. He and his athletes represented the U.S. in many international competitions.

While serving as a member of the Junior Olympic Committee, Tim was instrumental in designing the Women’s Junior Olympic Compulsory Exercises. Tim was devoted to his family and was a dedicated gymnastics coach and educator providing gymnastics education for coaches, judges and athletes.

He retired from the gym business in 2006 and lived in Parkland, FL and then Port St. Lucie for one year with his wife of 18 years, Toni LeFleur Rand, also a top gymnastics coach and clinician. The Rands were honored with the Women’s Program Service Award at the National Congress. In June, he was inducted into the USA Gymnastics Region 8 Hall of Fame. Tim was a Florida state board member since 1988, a Regional board member since 1993, Elite Regional Chairman from 1993-95 and J.O. Regional Chairman.

Tim Rand, at age 51, passed away on August 20, 2007 of cardiac arrest at St. Lucie Medical Center in Port St. Lucie. Tim is survived by his wife his wife of 18 years, Toni Lafleur Rand; daughters, Alissa McGraw of Port St. Lucie and Serena Albauer of Havelock, N.C.; brother, Charles Rand of Orlando; and sister, Debbie Rand and grandson Parker of Houston, Texas. He was preceded in death by his parents, Lee and Ann Rand. A memorial Service was held on Saturday, August 25 at 12:00 p.m. at Tradition Town Hall Port St Lucie, Fla.

In lieu of flowers, Tim would have liked any monetary gifts to be sent to: