You are here: Home > The Positive Reinforcement Power of Ringing a Bell 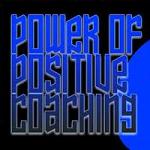 There is a power to positive coaching that creates an environment in the gym that works better and better, in terms of gymnastics success, the longer it is used.

The Power of Positive Coaching

One example of the success of the power of positive coaching can actually be done with little change from the coaches themselves. They simply need not interfere in the process. Installation of a simple, inexpensive bell can change the learning patterns of an entire gym, with little or no effort by coaches. The best place in the gym is to put a bell is above an awards stand, so the gymnasts have to get up on the awards stand to ring it. 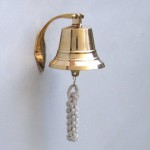 All coaches have to do is start having gymnasts ring the bell every time they learn a new skill or make an improvement in skill execution or consistency. Gymnasts should be instructed that any time they make progress in any of those ways, they are to go immediately and ring the bell. A new tradition in the gym should be started to have everyone in the gym applaud every time someone rings the bell.

Gymnasts are going to be triply reinforced with this system. First, they have the personal satisfaction of learning a new skill. Next, the ringing of the bell is a celebration of that – another positive reinforcer. Third, applause gives gymnasts the recognition of their peers, coaches and parents (if they are in the gym or when gymnasts go home) of their accomplishment. Psychological research has conclusively proven that reinforcement leads to repetition of the behavior. Gymnasts, who are reinforced whenever they learn a new skill or make improvement, are going to be motivated to learn more skills and make more improvements.

How to Keep Coaches From Ruining the Process

Too often, when the bell system is implemented, some coaches decide they are the final arbiter of who gets to ring the bell, instead of encouraging bell ringing and letting gymnasts decide. Stopping gymnasts from ringing the bell is negative reinforcement and will lead to less progress and fewer new skills being learned. Better to let some “questionable” rings get by than interfere with the overall process, which will have huge positive long term effects. Coaches don’t get to “veto” gymnasts ringing the bell. Their job is to encourage gymnasts to ring the bell as often as possible.

Everyone Rings the Bell

Older, higher level team girls often will say they do not want to ring the bell. Coaches must make them do so, and while older gymnasts are often sheepish initially, it does not take long for the positive reinforcement to affect their behavior in a positive way, as well. Soon, they are ringing the bell with just as much pride as the preschoolers, as well they should. Every gymnast from every program should be ringing the bell every day they practice.

We eventually had three bells installed in our gym – one by the awards stand, one by the water fountain and one in the back of the gym. We did this to be efficient, so gymnasts did not spend so much time walking all the way across the gym (and sometimes waiting in line) to ring the bell. There was always a nearby bell to ring. This seemed to be necessary because the bell ringing began to occur so frequently with gymnasts, that it seemed we needed to speed up the bell ringing process to allow for more learning and more bell ringing.

What is the Effect on the Gym?

Soon, the gym is full of the sounds of bells ringing and applause. The rate of new skills and improvement noticeably increases, not only because of the process of positive reinforcement, but because there is a new found attention to learning new skills and improving, by both gymnasts and coaches. As you continue to use the system, the bell is a positive reinforcement, not only for the gymnast currently ringing it, but for every gymnast in the gym, as it reminds them of their past bell-ringing successes and the constant ringing proves to them, that this gym is a rapid learning environment. Gymnasts are going home every day and telling their parents things like, “I rang the bell today five times” which makes the parents happy, more satisfied customers.

This is So Easy to Implement

Every gym should have at least one bell (or similar device) in their gym and should implement this system. It is inexpensive (we bought 3 very sturdy, substantial bells for significantly less than $100) and easy to do. While there may, at first, be gymnast who seem to ring the bell more than they should or when they shouldn’t, that quickly fades away. And what is left is a very simple, majorly positive, psychological reinforcement process, that has increasingly positive effects on skill learning, gymnast’s attitudes, skill improvement and customer retention. Gymnasts and parents are happier with their progress and the learning environment in the gym gets a huge positive boost.