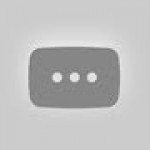 Straddle Back with Somersault

The Gwak-Suk Kim straddle front release on uneven bars demonstrated and improved upon by Mâ€™rcy Matsunami.

There are a number of training and practice options for fixing problems with a gymnast’s straddle back. which also work with fixing other gymnastic skills.

Beth Tweddle & Epke Zonderland have set the new gymnastics bars standards for the next quadrennium with major 3 release & 2 release combos.