You are here: Home > Sign Petition to Allow Chellsie Memmel to Compete at Nationals 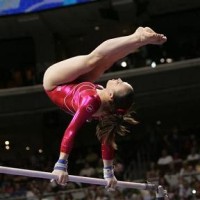 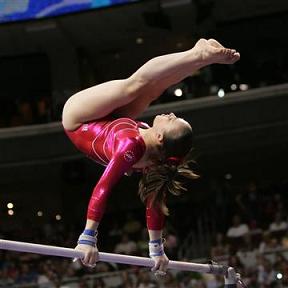 Read the Latest Articles in the Controversy:

Chellsie Memmel is a Proven Winner

Chellsie Memmel was the 2005 World All-Around Champion. She is also the 2003 World Champion on the uneven bars. She was a member of the United States’ 2008 Olympic women’s gymnastics team and has won a total of seven World Championship and Olympic medals.

Chellsie Memmel, the 2005 World Champion, just had shoulder surgery in February of this year. Many in the gymnastics community feel, that since she is recovering from two shoulder surgeries since her last competition, she should be at least allowed to petition through to the Elite National Championships. She had shown less than a year ago, in competition, that she still has the skills necessary to compete on the world stage. And she has shown in the past that she has a tremendous ability to gauge her training and skills to peak and win when the US needs it most.

Numerous gymnastics bloggers, fans and Olympic gymnasts have commented negatively about this decision. This is Chellsie’s first meet after two surgeries and with only two months of training, it was not unexpected that she might not have shown her legendary consistency and ability to hit in big meets (the Secret Classic is not a big International meet). Fans (and likely she and her coach/dad, Andy Memmel) looked at this as just a part of her injury recovery process, not as something that could disqualify her from any shot at helping the US at the 2012 London Olympics.

“It’s a hard fate for Memmel, who initially injured her shoulder at the 2006 World Championshps in Aargus, Denmark, when a team medal was on the line. After a bad fall on uneven bars jarred her shoulder, she considered stopping the routine but continued because she knew her score would count toward the team standing. In pain, Memmel competed through two more events — beam and floor– providing one of the guttiest but least talked about injury performances in recent U.S. gymnastics history. She withdrew from the all-around competition, where she would have been defending the World all-around title she won in 2005. Thanks to her gutsiness and refusal to give up, the U.S. women won team silver. Memmel spent the rest of the year and most of the following year injured, but rebounded to make a splash at the 2008 Nationals and Olympic Trials, earning a spot on the 2008 Olympic team. She competed only on bars at the Games after fracturing her ankle in the days leading up to the meet. Again, the U.S. women won silver.” – Blythe Lawrence in a Gymnastics Examiner article

No One is Asking for Preferential Treatment

No one is suggesting that Chellsie should be put on the US Olympic team if she is incapable of benefiting the team effort. This petition is just suggesting that it would be fair and just that she be allowed to petition through to the meet that allows you to qualify you to the Olympic Trials which qualifies you to camp and a chance to go to the Olympics. Eliminating a talent and proven winner like Chellsie Memmel, because her first routine in her first meet back after 10 months or surgery and recover, is neither fair, nor in the best interest of US gymnastics. Just give her the chance to go to Nationals and be able to go to the Olympic Trials.

Some gymnastics bloggers have reported other US gymnasts in the past who have been allowed a pass in similar situations. Some see just more arbitrary decision making by National coordinator Marta Karolyi. Others go farther and see payback for Chellsie not going to the camps. Chellsie and her dad, who is also her coach have shown an independent (and highly successful one) training approach in the past.

Supposedly, and according to Marta, this decision was made by the committee made up of Marta Karolyi, Steve Rybacki and Terin Humphrey, a former Olympian. But many gymnastics bloggers doubt that any decision is anything but Marta’s doing and influence. Steve is still a successful and active coach and may very well have gymnasts in the future who will need Marta’s support. No one is remotely questioning Steve’s integrity and commitment, but many have questioned whether the committee has, could or ever would vote to overrule Marta.

Let’s See What the Grassroots Gymnastics Community Can Really Do

change.org petitions have had some very high profile social media pressure wins in a number of areas. Let’s see what the grassroots gymnastics community can do. Last I looked at the poll, 85% of the gymnastics community was in favor of Chellsie being allowed to petition through to the 2012 US Visa National Championships. show your support for Chellsie and sign theÂ Â change.org petitionÂ which will be sent to USA Gymnastics, the USAG Olympic Selection Committee and Steve Penny, or contact them directly with your opinion.