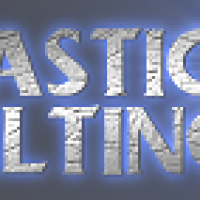 There is a large group of talented seniors itching to make this yearâ€™s Olympic team. The problem for these girls is, that with the talent coming up and the talent we have already in our midst, it is about to get very crowded at the top. These are girls I believe will impress this year, or feature largely in the next quad.

Â She was the junior national champion on bars in 2009 and finished in the top 10 in the all around three years in a row. One of the many talents from the Texas Dreams Squad, she has a lot of power. Her floor exercise is brilliant when she hits, her beam is strong, and she has a big DTY. Her best event is bars and she has a start value thatâ€™s up there with the best in the world. If she cleans up her form a little, she could bring in scores in the 15â€²s. Â Her problem is consisency. Â She is a long shot for 2012 but look out for her 2013, sheâ€™ll be a killer. Here she is on bars from this yearâ€™s Visas.

She shocked me at this yearâ€™s Visas when she finished in 12th place. After only placing 25th the year before, I was surprised. She has a charm when she gets on the floor and shows some very clean lines.Â Unfortunately for her, the difficultyÂ justÂ isnâ€™t there to contend for this Olympic team. The problem is that she is constantly overshadowed by her teammates, Lexie Priessman and Amelia Hundley who have greater difficulty across the board. This year however, she will get more attention in the senior ranks.With some upgrades and the smallest bit of luck, sheâ€™ll be a factor in the next quad. Here is her vault, just another example of her clean yet simple gymnastics.

Â eleventh in 2010, sixth this year, she continues to impress with her power and artistry. Dowell is from Gage, so why would you expect any less? Her floor is dynamic although she has downgraded some of her passes. Vault is nice for her and bars and beam are okay. Again, she is another one who I think would most likely miss this years team due to depth and lack of difficulty. She could do very well in later years, but I think this will be good experience for her. Her favorite event is barsÂ becauseÂ it is fun and she is good on it. She was fourth last year and sixth this year. Here is her upgraded bar set this year. The highlight is her full-inÂ layoutÂ dismount.

2010 US Floor Champ, 3rd in the AA this year, she has the skills to pay the bills on vault, beam, and floor. Bars is good but she is a little bit inconsistent with hitting handstands. Floor and beam are where she could contribute greatly. She has some great acrobatics combined with graceful movements, she has that something that international judges just love, to quote Elfi Schlegel. I like her alot. I think of the eight juniors moving up, she has a more considerable chance of getting on this team. Her floor is very artistic and she has a lovely gogean and a Mitchell-esque turn. Here is her floor from this yearâ€™s nationals.

From the Â Parkettes, the fact that Price is from this gym sends up red flags around injury-risk. We know the Parkettes have a habit of burning their juniors out right before they go senior. Letâ€™s hope that this one keeps on track, because she is so powerful on floor and vault. I donâ€™t know if these alone will get her into London, basing off the fact that vault is stacked with 6.0 and up D scores and floor is pretty solid for the US. Her beam is weak and bars is good but just too sloppy to score well. Â I donâ€™t think weâ€™ll see her in London, but next quad, look out!! Here is her floor from this years Visas. She reminds me of a young Kristin Maloney.

The two-time junior national champion will be in the hunt for this team and she has got some big advantages. Iâ€™m guessing that the US will take two all-arounders to London and she could easily beat Rebecca Bross for the 2nd spot and even challenge Jordyn Wieber for the top spot. In her arsenal, this young lady has an Amanar (the trump card in the womenâ€™sÂ all-around), clean bars and floor and stellar beam work. She is all about consistency and sticking landings- that was what won her those junior titles when she lacked considerably in difficulty compared to others gymnasts. In addition, she is no stranger to international competition. Junior PanAm Allaround Champ, 2011 Jesolo Champ. Sheâ€™s had Martaâ€™s eye for a few years now and she is ready to attack the senior ranks. She is pretty close to being a lock for this team. Plus her unique switch ring back tuck combo on beam is fabulous. Check it out.

– The second Texas Dreamer to make the senior jump this year, her strength is vault. Winston shocked many when she resurfaced after sitting 2010 out with an injury. In 2009 she finished 25th in the all around and 14th on vault.Her best scoring event is vault but she says she likes bars and beam best. She was seventh on beam this year unsurprisingly. Her beam is aggressive and she has a nice standing Arabian. Â Her vault is clean aside from a few steps but it isnâ€™t a very difficult vault at that. Only a 5.8, which isÂ relatively weak compared to the others sheâ€™ll be competing with for that vault spot on the team. She will have a big road ahead of her making this team and the Worlds team the year after. Â Here is her beam.

Nicknamed Micky, Â Skinner has really improved from our first view of her at the 2010 Supergirl Cup. She has an Amanar which already puts her a step ahead of a few of her fellow juniors and a nice floor set featuring a double double and classy music. Her floor set has vastly improved in terms of execution and artistry from a year ago. She would probably make this team for her vault but guessing from the fact that Wieber, Maroney, Ross, and a healthy Sacramone can score higher than her, it will be tough for her- but sheâ€™s a fighter. Her scoring was consistent on vault, but to make this team, you need to have more than 2 good events. Especially considering those two events are stacked already. Her bars is lackluster at best and her beam is very shaky andÂ nervous looking. If she fixes this, she could be in more contention for this team. I donâ€™t see her filling in any spots, but next quad, lookout. Here is her floor from Visas.

This is a syndicated post, which originally appeared at The Couch Gymnast.

Consulting in any area of the gymnastics business and industry

Use our Gymnastics Consulting services and actually save $$$

We can assure you that your investment in our gymnastics consulting services is virtually guaranteed to save you money rather than cost you money!