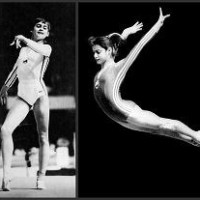 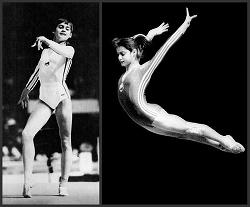 Nadia Comaneci is one of the best-known gymnasts in the world. Nadia was the first female gymnast ever to be awarded a perfect score of 10 in an Olympic gymnastic event, when she received 7 perfect 10’s at the 1976 Montreal Olympics. She is a Romanian gymnast, won three Olympic gold medals at those 1976 Summer Olympics and was also the winner of two gold medals at the 1980 Summer Olympics.

This movie is the story about Nadia, from the time she was discovered by Belya Karolyi, and had just begun her gymnastics career to the Montreal Olympics where she received 7 perfect 10 scores and through the rest of her Olympic career. It is also very much a story about Bela Karolyi and his wife, Marta, and their coaching career in Romania.

The main plot is the gymnastics life of Nadia. The second plot is about the Karolyis and their coaching career. There are numerous sub-plots to the story, having to do with federation politics, gymnasts’ family lives, gymnastics training and discipline. This is an excellent family movie and one all young gymnasts should watch.

Famous Gymnasts as actors in the Movie

Some well-known international gymnasts play big roles in this movie. US gymnast Marcia Frederick plays Nadia Comaneci and Emilia Eberle plays a gymnast as well. Choreographer, Geza Poszar, who also now lives in the United States, plays himself in the movie.