You are here: Home > Kohei Uchimura 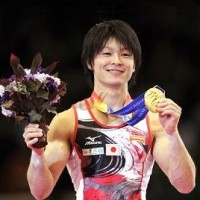 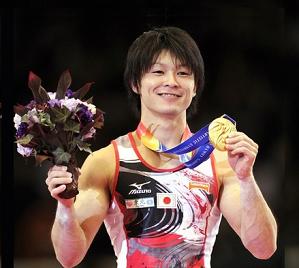 å†…æ‘èˆªå¹³Kohei Uchimura – The Life and Times of a Champion

Rare footage of Kohei Uchimura growing up in gymnastics

2011 Tokyo World Gymnastics Championships – Uchimura won All-Around title for the 3rd consecutive year with a score of 93.631 points and by a margin of 3.101 points while battling a leg injury.
He is the 1st male gymnast to win three all-around titles and the first gymnast, male or female, to win 3 consecutive All-Around championships. Uchimura scored the highest score on 4 of 6 events – floor exercise, still rings, parallel bars, and pommel horse.
Uchimura qualified for five of the six individual apparatus finals (all except vault). He won his first world championship event gold medal on floor exercise as well as a bronze medal on high bar and the silver medal with the Japanese team.
2011 Worlds, Uchimura also won the Longines Prize for Elegance given to gymnasts who demonstrate remarkable elegance.
2011 – 65th Japanese National Championships – Uchimura won gold medals in the All-Around title, pommel horse, high bar and floor exercise.
2011 – Qualified for his 2nd Olympics

London 2012: Kohei Uchimura Can Bring Perfection Back to Gymnastics

New York Times Article – The Near Perfection of Kohei Uchimura