You are here: Home > Jordyn Wieber 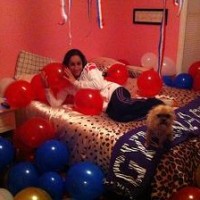 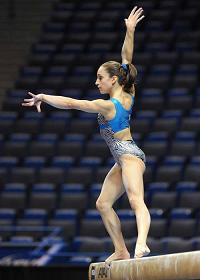 Video of all four of Jordyn Wieber’s routines that won her the All-Around at 2011 Tokyo Gymnastics World Championships.

Jordyn Wieber’s start value advantage on vault was quickly overcome with Jordyn’s error on bars and Komova’s excellent bar performance. Komova was shaky on beam tumbling elements and Wieber made up some ground. Wieber went out of bounds on otherwise strong floor exercise routine. After Komova’s routine, virtually everyone in the arena assumed Komova had won, including Wieber(?), but the judges deducted Komova heavily for falling out of a double turn and Wieber outscored Komova by .033.

Winning the all around title, Wieber also scored the highest on the Uneven Bars, at 15.200

There are some funny moments in this interview and Jordyn does a bar routine, including a double layout dismount in the TV studio. 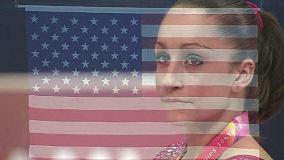 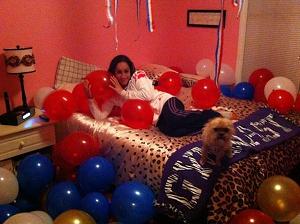 Jordyn’s journey: Wieber on way to UCLA after whirlwind year since Olympics

DailyHouse.com Article “Jordyn Wieber Goes Pro.” How Much Can She Earn?

An article and video about potential US Olympic gymnast Jordyn Wieber, 16, DeWitt, who is starring in a new Kellogg’s commercial. She talks about her experience with the intense media scrutiny and attention. She is videoed at an early morning workout at Gedderts’ Twistars in Dimondale, Michigan by a crew making a documentary about her day for Team Kellogg. Team Kellogg includes 8 athletes training for the 2012 Olympics, including volleyball player Kerri Walsh and swimmer Summer Sanders.