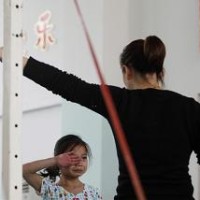 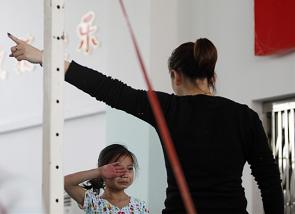 Gymnast consistency in competition is a major factor a a gymnast’s competitive success, especially at the International Elite level. For example, both the US qualification process to make the Olympic team (3 meets and 3 plus camps in a four month period) and the 3 days of Team, All-Around and Individual Event competitions at the Olympics require tremendous consistency to be successful and win.

There is no doubt – coaches do directly affect gymnast’s performance and coaching matters. Coaches are supposed to provide clear and effective leadership with consistent organization, direction, discipline, demeanor and training. But gymnasts learn not only from what a coach says and the coach’s technical training methods, but they also learn from watching what the coach actually does personally in practice and at competitions.

Many American, and other, coaches are unsuccessful because the have an inconsistent training plan. They tend to focus on one aspect of training to the detriment of other areas. Then when it becomes obvious that the other areas have been neglected and are having a negative effect on success, the coaches totally switch gears. They then ignore the area they had just been fixated on and neglect it to focus on the new area.

All Strength, Then All Skills, Repeat for Inconsistency

A common example is coaches who realize their gymnasts are not strong enough to make reasonably fast skill learning progress, because they are too weak (because the coaches did not first establish basic strength and flexibility in all their team gymnasts). Then, the coaches realize they now have been spending all their time on strength training and have neglected working new skills at all. So they stop strength training and go back to only working new skills, until they again realize their gymnasts are too weak to make fast enough progress on new skills. And just to guarantee their continued lack of success, for some reason, many of these coaches continue to repeat the same cycle over and over again.

A similar problem comes when coaches jump from training technique to training technique depending one what is supposedly “in” or “new.” This is perhaps more common with younger, less experienced coaches to whom the training techniques only seem new, because they are new to them. Coaches with this problem have not developed systematic methods of coaching. The overall result is that gymnasts are trained in an inconsistent manner and then gymnasts have skill learning and competition consistency problems.

There are two times a year that you see coaches “going crazy” and “losing it” emotionally from the pressure of upcoming meets. The first time you see it is right before the first meet of the year, when you see coaches realizing that their training plan (or lack of it) has not resulted in their gymnasts being prepared to compete. The second time of the year you see the coaches reacting poorly under the pressure is before their gymnast’s biggest meet of the year, whether that is States or Nationals. The most common coaching reaction to this kind of pressure is to ratchet up the pressure, criticism and transfer blame onto gymnasts. Yelling, punishments, excuse-making and insane attempts to make up in a short time for year long training program deficiencies. And all of this often comes as a complete surprise to young gymnasts and their parents who rightly wonder what is going on.

Young gymnasts learn from coaches in many ways. They hear the words they say, but they are not fooled by coaches who say one thing, but personally act differently. Gymnasts won’t know what to think and believe, if their coach says strength training is the most important thing for their training, and then virtually abandons doing strength training shortly thereafter. Gymnasts are not going to learn emotional control from coaches who freak out before meets or pout during meets if their gymnasts are not “making them look good.” Essentially, gymnasts are not going to learn to compete consistently from coaches who do not act and train consistently. It is the responsibility of gymnastics coaches to provide the personal example for the traits that are so critical for the sport of gymnastics.