You are here: Home > He Kexin 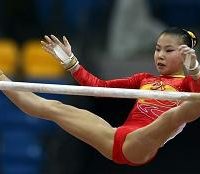 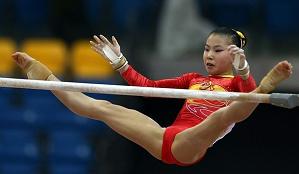 During and after the Olympics, He Kexin’s age, and the ages of some other Chinese gymnasts, became the subject of controversy. Her passport listed her birthdate as January 1, 1992. That would have made her 16 years and 220 days old at the beginning of the 2008 Beijing Olympics and old enough to compete.

Before the 2008 Olympics, He Kexin’s age was reported in online news articles by the state news service, Xinhua, and the Chinese press as her being age 13 in 2007 and age 14 in 2008. Thsoe news articles were later taken off-line, but cached Internet copies were still available. Her birth date was also listed by the Chengdu Sports Bureau and the Chinese General Administration of Sport as January 1, 1994. That would have made her 14 years old during the Opening ceremonies, two years too young to participate in the Olympics. Chinese officials maintained that He Kexin was old enough to compete and that discrepancies in the reporting of her age were due to faulty paperwork.

The IOC (International Olympic Committee) did not investigate the discrepancy in He Kexin’s age because the International Gymnastics Federation’s verification system depends solely on a passport and was proof of her eligibility. The controversy has continued in the international gymnastics community and some international media outlets.

How Hacker Found Proof of He Kexin’s Age

He Kexin Vault at the 2008 Chinese Nationals

All Voices He Kexin Images

Group of ABC News Articles about He Kexin

He Kexin – Road to London

In Chinese – Translation is written in the comments