You are here: Home > Hardest Trampoline Routine Ever – 20.6 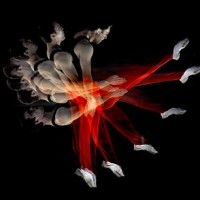 This is the hardest trampoline routine ever done on a trampoline, with a Skill Difficulty of 20.6. It was performed by the five-time Canadian National Trampoline Champion, Jason Burnett, in 2009 at the age of 22.

This is an interesting milestone on the unlimited scoring system, which has implications for both gymnastics and trampoline. Are we headed toward back-to-back, packed with difficulty routines and difficulty scores of 20+? This is most certainly true in trampoline. Will we see the equivalent on high bar, on balance beam, floor and the other events?

A kind of Jason Burnett timeline compilation video with the hardest trampoline routine ever skills, routine and training video.