You are here: Home > Gymnastics in Greece and the First Olympics 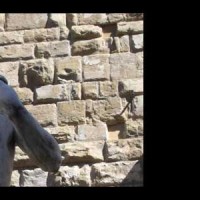 The later history of gymnastics is closely related to the ancient Olympic Games, but a thousand years before the first Olympics, King Minos (and others during the Crete Minoan period 2,700 BC – 1,400 BC) had already advocated such physical exercises.

In 776 BC, the Greeks held the first Olympic games, which was a festival dedicated to their god, Zeus. In this game there was only a foot race of 200 yards. These first Olympic games continued for about 1,100 years The ancient Greeks practiced physical exercises and routines and as a result, gymnastics was added in the ancient Olympic Games along with boxing, wrestling, throwing, jumping, and weightlifting.

A Variety of Gymnastics Events

Gymnastics is one of the oldest Olympic sports, and competitors performed a variety of events that could loosely be termed “gymnastics”. These activities are recorded in illustrations seen on ancient clay pots.

The Greeks built elaborate complexes known as gymnasia for their physical education training. The gymnasium, originally an area for physical training, evolved into a school for training both the body and the mind. There were three types of teachers in a gymnasium: Grammatistes, who taught reading, writing and other scholarly pursuits; Kitharistes, who taught music; and paidotribes, who were physical fitness teachers. Thus, the gymnasium also became a center for the arts, philosophy and literature.

Physical training took place in the palestra, which was a square, walled, open-air workout area and even equipped with changing rooms and baths. A variety of activities were classified as gymnastics, including running, jumping, weightlifting, throwing, wrestling, and swimming. Evidently, many exercises were conducted to music, just like in the floor exercise routines of modern women’s artistic gymnastics.

Among the ancient Greeks, gymnastics probably reached a peak in Sparta. With their emphasis on the military, the Spartans prized activities and exercises that could improve not only physical fitness but also military discipline. In Athens and other Greek city-states, usually only boys received a formal education and took part in gymnastics.

Physical fitness was a highly valued attribute in ancient Greece for both men and women. Basic gymnastics events were practiced in some form even prior to the introduction of “gymnazein” which means literally, “to exercise naked” or “gymnos” meaning “naked art.”

The Early Christian View of Gymnastics

Christians of the time considered gymnastics Satanic because of its focus on the body and that gymnasts performed in the nude at the all-male ancient Games of Olympia.

Early Gymnastics Evolves into Other Sports

Many of these exercises, activities and competitions grouped under the ancient definition of gymnastics later became separate sports such as track and field, wrestling, and boxing.

Early Greek gymnastics and physical fitness teachers, the paidotribes, were the first to design systems of physical activity for both athletes and the ordinary citizens. These programs were central aspects of a formal education.

The Body is a Temple

The Greek philosophy views the human body as a temple housing the mind and the soul, and the practice of gymnastics contributed to the physical and mental health of the temple and improved the functions of both. Over a period of time, the structured gymnastic, calisthenics and exercises were abandoned in favor of game sports.

Developing the Spirit, Mind and Body

Men gathered at gymnasiums, a center of activity for the time, to not only practices the sport, but also to debate art, literature and philosophy. The major focus of gymnastics at this time focused on finding a symmetry between the mind and body by pairing physical exercise with intellectual activity. Numerous Greek philosophers like Plato, Aristotle and the poet Homer advocated the qualities of gymnastic activity at strengthening the body and mind.

Philosophers of Greece, like Plato, Aristotle, and Socrates would go into the gymnasium and would exercise their bodies and debate philosophy to exercise their minds. The attitude of those early gymnasts was a “sound mind in a sound body.” With the gathering of young and old alike, the gymnasia was more like a town hall than just a gym.

The famous Greek physician, Galen, who wrote a treatise called, “Caracalla,” developed a form of medical gymnastics similar to what we would call physical therapy today. His work emphasized the fitness exercises of gymnastics for the masses of citizenry as a means for increasing and maintaining better health. In time, structured gymnastic and calisthenic exercises were abandoned in favor of game sports.

The Greeks developed three distinct program goals for gymnastic exercise in ancient Greece. It was used to maintain good physical condition in the citizenry. I was used as an integral part of military training. It was a part of the conditioning regime for athletes of many types.

The early Greek teachers of physical fitness (paidotribes) were the first to design systems of physical activity for both athletes and the general citizenry. Such programs, which included gymnastics, were considered central to the formal education of children. The Greek philosophy portrayed the human body as a temple housing the mind and the soul, and the practice of gymnastics contributed to the health and functionality of the temple.

2 Responses to “Gymnastics in Greece and the First Olympics”