You are here: Home > Gymnast Refuses to Let Heart Transplant Stop Her from Competing 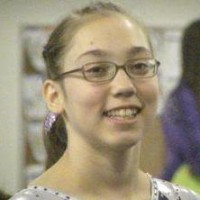 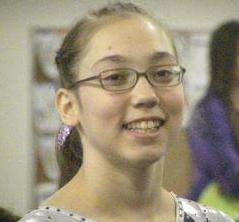 Level 7 gymnast, Maya Fullmer Silvera Maya, age 13, from South Jordan, Utah, competed with her teammates at the annual Crystal Cup Gymnastics Invitational Meet on Friday, Feb. 3, 2012, at Salt Lake Community College, just six months after she received a heart transplant necessitated because of sudden heart failure. She postponed her third ablation operation procedure for heart arrhythmia until the next week, so she could compete in the meet. She competed vault, beam and floor and hit all her routines.

After experiencing flu-like symptoms six months ago, Maya, received her heart transplant at Primary Children’s Medical Center in Salt Lake City, just in time, as she experienced sudden hart failure. During the initial flu-like illness and after the transplant procedure, Maya lost 20 pounds, and with the months she spent in a hospital bed, lost so much strength, she was not yet strong enough to compete bars.

Maya Was Determined to Compete

Mary Wright, owner and head coach at Olympus Gymnastics in Sandy, Utah was understandably nervous at the thought of training Maya after her heart transplant, but Maya loves gymnastics and just wanted to come back and do gymnastics. At first, after months in bed, she had to start working out only 10 minutes at a time, but after only two months back training was able to compete three events.

Maya has shown that she has the “heart” of a Champion in this Olympic year and even though she is not at the Elite International level, her courage, determination and love of the sport of gymnastics have shown her to be an inspiration and a champion in her own right. She has never used her heart as an excuse not to train and is not letting anything like a little heart transplant slow down her competing in gymnastics. The heroes in our sport are not always the Olympians you see on TV. Sometimes they are a Level 7 gymnast from the Olympus gym.