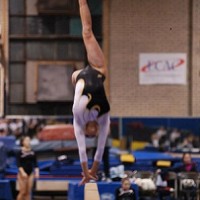 Kacy has been a gymnast since she was five years old and was previously involved in dance, soccer and softball. She decided to focus on gymnastics when she was nine years old. She recalls, “It seemed like I was involved in everything. I was a gymnast and a It was starting to get difficult to manage. So, we decided that I should focus on one activity and I chose gymnastics.”

Kacy is not a nickname, like many would assume, but is her actual first name with its own unique spelling and her first name is the same as her initials. Her parents gave her name the different spelling to distinguish it from the way boys would normally spell it. 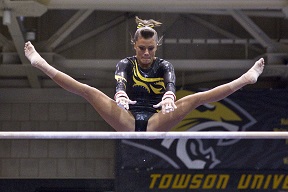 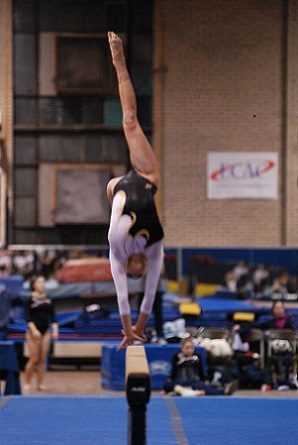 After doing gymnastics for 18 years and graduating from Towson with a Bachelor of Arts in Early Childhood Education, Kacy began training to do obstacle courses at the Alpha Warrior warehouse.

On Monday, July 14, 2014, Kacy competed on the finals course in Dallas, Texas on the reality sports show “American Ninja Warrior.” She not only made it to the final round of that contest, but she made American Ninja history by becoming the first female contestant to ever qualify for the competition’s final round.

And her new found fame has earned Kacy her Own Twitter Hashtag: #MightyKacy