You are here: Home > Gabrielle Douglas 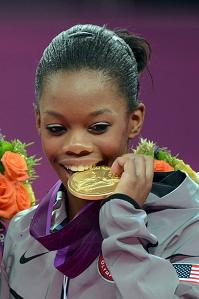 NBCNews.com for breaking news, world news, and news about the economy

Gabrielle Douglas – ALL OF THE LIGHTS – video by iLITTER 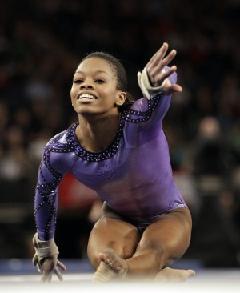 Moved quickly through optionals and was on three consecutive Tops National Teams.

Started gymnastics when she was 6 years old, after her sister Arielle convinced her mother to let her do gymnastics.
At age 3, her older sister, Arielle, a former gymnast, taught her a cartwheel
At age 4, Gabrielle taught herself 1-arm cartwheel

Olympic Gymnast Gabby Douglas: Home Away from Home – Pictures of her Adopted Family, the Partons

Gymnast Gabby Douglas Left Her Home, And Her Parents, For Her Olympic Dream 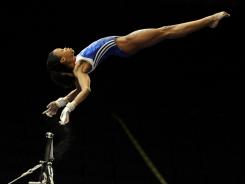 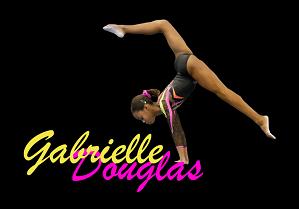